Limitlessly creative and playful, “The Opposite of Everything” dances down a line between the beautiful and the absurd, transforming Freeman-Fox’s intricate violin compositions into an infectious party. Winners of three Canadian Folk Music Awards, the ensemble features Toronto’s finest and most adventurous musicians.  Continually redefining what the violin is capable of, Jaron has fused his fiddling roots with a study of jazz and Indian classical music. At age 14, he began an apprenticeship with Canadian fiddle pioneer Oliver Schroer, which lasted until Shroer’s death in 2008. Jaron has been playing his mentor’s custom 5-string violin since. In seven busy years, the outfit has performed across North America, UK, Australia and Europe.
They return to Australia in January 2017. 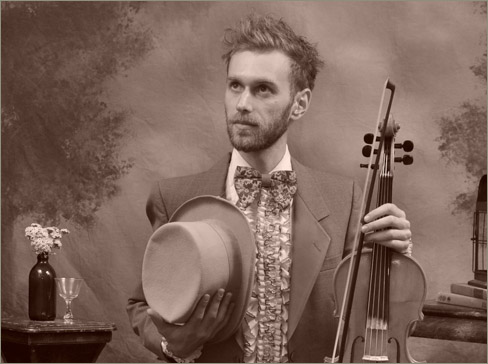